The other day I got into a conversation about grocery spending. I’m a fervent believer in cutting down how much you spend on groceries. After rent, groceries are one of the biggest categories in your budget. Cutting it down can save you lots of money, money that you can put toward loans, savings or something else you want. 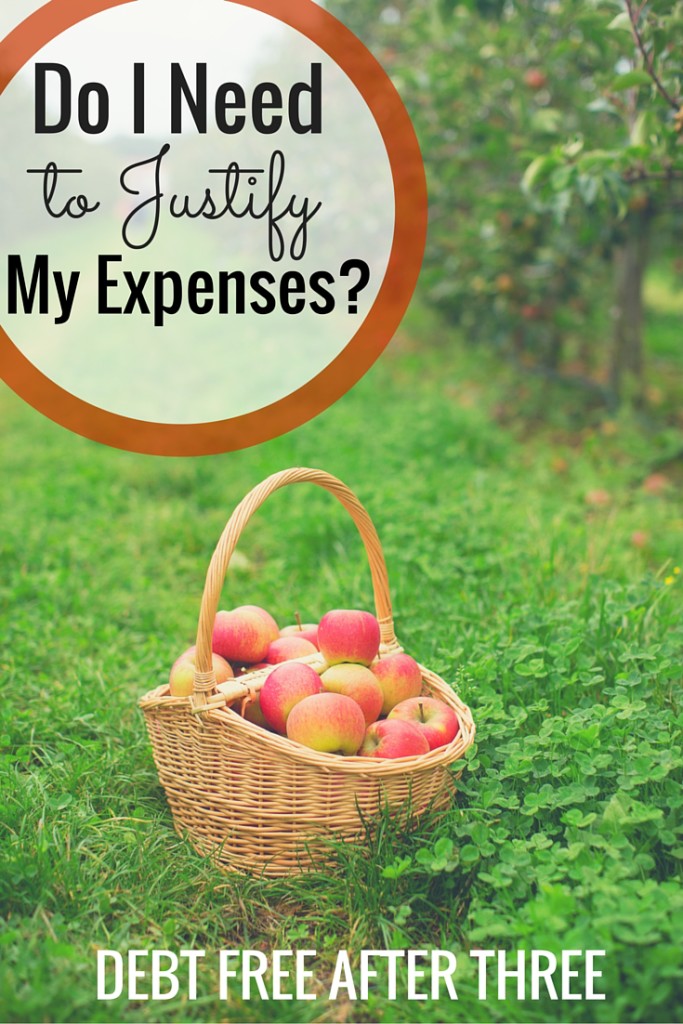 The person I was speaking with asked how much I spend on groceries a month. I’m not shy when it comes to talking about my spending. I think that we all need to be more honest about our finances. If we took as many photos of our credit card bill as we did of the shoes we bought with them, I believe that Instagram would be a happier place.

I’m not one of those people who think it’s rude to ask how much something costs, so I didn’t bristle at this question. “$175,” I told her. It depends on whether or not I’ve been to Costco that month or whether I needed to stock up on something.

I try to minimize my grocery spending, especially after my fiance pointed out how much food I was throwing away. Generally I do a decent job spending less than $200 and I still manage to eat relatively healthy and indulge my habit for homemade pies.

The woman looked surprised at my answer. “Oh,” she said, “but I thought you were frugal.”

Yes, she thought I spent too much money on groceries. And she had the audacity to tell me!

I know when you’re in the “public eye,” your decisions are open to criticism. I realized that after an article about me went viral on Time and Yahoo. But you usually expect it to happen in the comments section of a blog, not to your face.

I got tongue-tied. I don’t even remember what I said in response. Probably something like how I try to eat healthy and how I love milk that comes in glass jars and fresh peppers. I’ve also been known to eat a box of 24 waffles in one week.

After this conversation, I spoke with a friend about how upset I was. “Why do I need to justify my expenses?” I said. I paid off $28,000 worth of student loans last year (shortly after turning 26), my fiance and I save about 30% of our income and we’re currently aiming for six months of expenses in our emergency fund. Does it matter what I spend on groceries?

Yes and no. Yes, it matters how much I spend on groceries because I still want to be a good steward of my resources. But no, it shouldn’t matter to anyone else.

In the end, there are very few people to whom I have to justify my expenses. And that woman was not one of them. I know most of us are judgmental. I am. I judge Dave Ramsey for buying a multi-million dollar mansion (even though he paid for it in cash). I judge anyone who makes financial decisions that I don’t. There’s a part in Amy Poehler’s book “Yes Please” where she says that anyone who says, “How do you do it?” is really saying, “How could you do it?”

Maybe this woman’s comment was my bad karma for not realizing that we all have our own relationships with money. Maybe Dave Ramsey grew up in a small house and wanted to enjoy his earnings. Maybe I’m sensitive about money because I grew up around people who had way more than I did. Maybe that woman doesn’t understand how good a pint of Talenti gelato is and why I make room for it in my budget.

I’m still upset about this comment (I can’t write a blog post about something and pretend that I don’t care). But I know that when people are rude and obnoxious, it’s more of a reflection on them than it is on me. All that really matters is that I feel good about my spending. Be right back, I’m going to go have a glass of milk that costs $4.50 a gallon – and I will enjoy every drop.