A few weeks ago, I sent an email to my subscribers about my new garden and how planting a vegetable is like building a budget. It takes time, daily care and fixing problems when they arise. Budgets are like gardens. If you ignore the first sign of bugs, the next thing you know, your garden is infested. 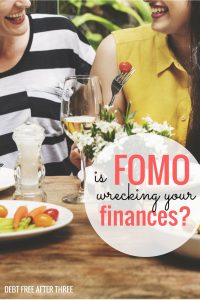 I asked people to respond to my email with their budget challenges. One woman replied:

“Having a boyfriend ruins my budget! We always want to go out and do fun things. We try to live in the moment and are big believers of ‘You only live once’…but that mentality kills my budget a lot.”

As soon as I saw her email, I heard myself say, “Me too.” Even though I write about personal finance for a living and paid off my student loans early, I still struggle with that FOMO mentality. How do you pay off debt, live frugally and not miss out? Fortunately, I’m not alone.

New studies from Dartmouth College and the University of Southern California shows that consumer debt levels are rising and some researchers are attributing that to an onslaught of FOMO or fear of missing out.

People see their friends living it up on social media, and they don’t want to feel left out. People are financing their experiences, like eating out or going to concerts, instead of saving for them or paying for them in cash. And all that spending is leading to debt that will likely take years to pay off.

How FOMO Can Delay Paying Off Debt

In college, I was the girl who constantly ordered take-out and went shopping when I was bored. I bought pizza and Chinese food even though I had a meal plan through my dorm. I said yes to concerts, movies and restaurants.

During a summer internship in New York City, I splurged so much that sometimes I’d eat out three times a day. Yes, I ate out for every single meal. That summer I lived as large as I could, even though I knew I’d graduate with student loans. I didn’t really think about what it would be like to pay them back.

After graduation, reality sank in. First, I graduated and got an unpaid internship at a magazine. I also landed an hourly gig doing market research, but my hours were often cut and I earned a lot less than I originally budgeted. When the internship ended, I moved back home until I finally found a full-time job at a newspaper. A month after I started work, the grace period on my student loans ended and the “real world” officially began.

When I first started paying off my student loans, I felt a lot of FOMO. Remember, I was only making $28,000 a year. After my $550 rent and my $350 minimum student loan payment, I had little left over for anything else. I was depressed, lonely and living in a town of 30,000 people. Plus, I had no money to cheer me up.

It sucked. Suddenly, going out to eat was a huge decision and paying for a manicure was like buying a Rolls Royce. Buying new clothes, without a special sale or discount? Yeah, right. 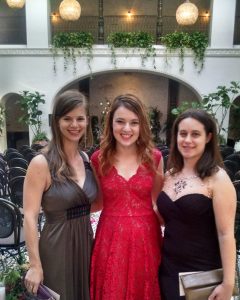 How I Dealt with the FOMO

I’d love to tell you that I got over myself and happily embraced a life of frugality and minimalism. And I did. Sort of. But I also struggled for a while. I was so jealous of everyone who didn’t have student loans or wasn’t concerned about paying them off early. I judged them so hard. “Must be nice to be living in denial,” I thought. I know, I’m a total bitch sometimes.

I felt so much FOMO when I was paying off my student loans. I decided to avoid going out to eat, which made me a pariah in some circles. Once, a boss asked me if I wanted to go out to lunch with him and a few other coworkers. I declined like I always did. He then got defensive and said, “Don’t you ever have fun?” I was confused where this came from.

I realized later: when you say no to an activity or decision that someone else has said yes to, you can make them question their own choices. When I say no to lunch or shopping, it might make someone feel like I’m judging their decisions. I’d then feel guilty, like I was doing something wrong.

Remind yourself, “I’m not doing this because I’m choosing to pay off my loans.” We let ourselves feel bad when we feel out of control, when the choice is out of our hands. But it’s not. We’re consciously choosing to avoid doing something in order to have more money to put toward our debt. That’s a choice – and an empowered one at that.

It was worth giving up all those things to pay off my student loans, but here’s the thing: I still feel FOMO even now. 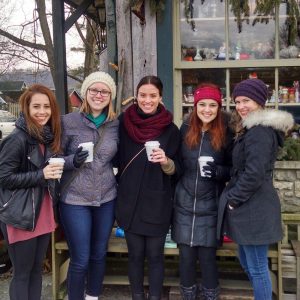 Why I Still Feel FOMO Now That I’m Debt Free

A few weeks ago, I went out to brunch with one of my best friends who was visiting me. I started looking around at all the girls in the restaurant. It seemed like everyone besides me was wearing a trendy outfit, while I was wearing shorts and a t-shirt that I bought years ago. No high-waisted shorts or off-shoulder tops for me.

I looked around at the cute girls as I lamented the state of my wardrobe. Nothing I own is currently trendy, and even though I work at home and rarely need to dress up, I still felt left out. Rationally, I know that I could buy one of those crop tops if I felt like it, but I don’t need one (or even want one).

I don’t have any miracle solutions to this problem except that you have to acknowledge what you’re feeling. I learned this during therapy: when you feel crappy or weird or anxious or sad, write down what you’re feeling, what the situation is, how rational your reaction is and what a logical solution is. This is known as cognitive behavioral therapy, and it teaches you that you can’t shift what you feel, but you can change how you react.

For example, I’d write down that I’m in the middle of an ice cream parlor watching the people around me. I’m feeling ashamed because I’m not wearing makeup, haven’t showered in a couple days and am wearing an uninspired outfit of old Nike shorts and a black tank top. I’m feeling like I’m “less than”, because these other girls have perfect messy buns and dresses that they clearly bought in the last three months.

But as I sit here now in my house, I remind myself that when I want to, I can look as fashionable and cute as these other girls, but sometimes I don’t feel like putting on an outfit. Unfortunately, I do care what other people think, and I’m also concerned that everyone is judging me.

It’s easy to feel comfortable in your own house, where no one is judging you for eating leftovers and wearing t-shirts with holes in them. But out in the real world, it’s hard to feel secure in your choices.

You’ll feel FOMO a lot when you’re in debt, but you’ll also feel it after. FOMO is a state of mind, that without that cute new dress or perfect Instagram photo, you’re not as worthy as someone else. I feel FOMO because I haven’t mastered Snapchat, because I have a sunburn instead of a tan and because I’m shocked that even my poorest friends seem to have more stylish clothes than me.

FOMO is about comparing yourself to others and feeling worse off. It’s about looking at everyone around you and seeing their worth as a judgment against you. It can also go the other way. I know I feel smug sometimes when people talk about their lack of retirement savings. I’m just as judgmental about other people as I worry that others are.

I haven’t cured my FOMO feelings (obviously), but I am talking about them and journaling in my diary. And maybe one day I’ll feel less concerned about what others aren’t or are thinking about me.

Do you have FOMO? How do you balance living in the moment and living on a budget?