This article was originally seen on Forbes.com.

The desire to tithe is the same as the desire to go to church every Sunday, pray when someone needs it and give thanks to God when you’re grateful. For many Christians, tithing is less of an obligation than an opportunity to give back.

Unfortunately, the ideal of tithing can bump into a harsh reality: some people just don’t have enough money to give. So how do you tithe responsibly while maintaining your other financial obligations?

Related: How to Budget as a Freelancer 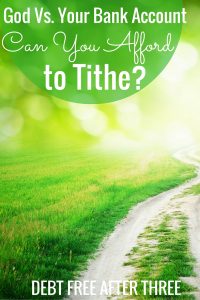 People who cannot afford to give up 10% of their income can give up their time. Financial planner Mark Struthers of Sona Financial said he offers clients several alternatives to giving cash if they want to support a religious organization.

Some of these include volunteer work, helping with fundraisers, or donating their special skills to other church members. Some financial solutions include investing in a life insurance policy or mutual fund with the church as a beneficiary. The last two methods ensure that the money you give will be worth more later on.

“When I break out the calculator and explain my reasoning, we usually find an affordable divine compromise that even the Pope would approve of,” Struthers said.

While tithing traditionally means giving 10% of your income to God or the church, you don’t have to start out donating such a significant amount if you can’t afford it.

Advisor Torian Pizzola of Friar Wealth Management said people can donate 5% of their time to the church while giving 5% of their money (their percentages can vary depending on their personal budgets and expenses). Then, as they get a raise, move to a cheaper city or pay off debt, they can increase how much they tithe.

“That way they can feel like they’re starting to use their money for something that’s important to them,” he said. ‘They’re not waiting until they can do the whole 10% at once.”

Make It Your Top Priority

People determined to tithe the whole amount might need to change their budget. Instead of seeing how much money is left every month and then tithing, they should tithe first and then spend the rest of the money responsibly.

The decision of whether to make tithing your first priority is up for debate among some Christian financial planners, who have to make responsible suggestions to their clients while understanding their personal beliefs.

“1 Timothy 5:8 says, ‘But if anyone does not provide for his relatives, and especially for members of his household, he has denied the faith and is worse than an unbeliever,’” said Sam Farrington, financial planner at Sound Mind Financial Planning. “I interpret this passage as a guide to put food on your table, invest for your family, and invest for the kingdom of God before you do any giving on top.”

CFP and author Jeff Rose of Good Financial Cents said he once had a client in debt and behind on retirement planning who was still determined to tithe the full 10%. He suggested that she contribute less while getting out of debt, but she resisted.

“Fast forward 4 years later and she is completely out of debt (more than $20,000) and got her retirement back on track,” he said. “She did so by staying committed to her budget, cutting out crap she didn’t need and being laser focused.”

Why You Can’t Afford To Tithe

Despite common wishes and beliefs, financial planner Thomas Donnelly of Calamus Financial Planning said that statistics indicate the majority of the country can’t afford to tithe.

If you are getting close to retirement age or living on a fixed income, it may be worth it to consider giving your time or expertise to your church instead of your money. If all else fails, Pizzola suggests consulting your minister about your struggles to tithe. They may have some insight or helpful suggestions.

Do you tithe or give your time in other ways? 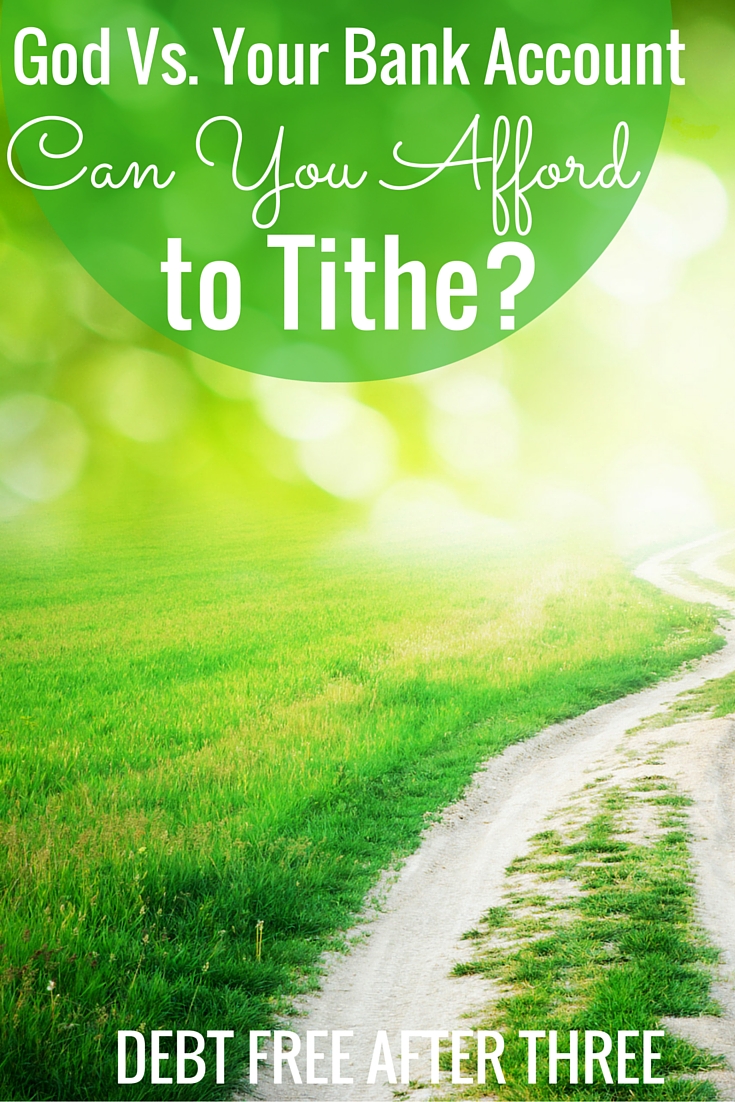 Early Retirement for Millennials: Is it Possible?

Can You Afford to Have a Baby?

How I Afford Therapy and Anxiety Medication

When You Can Afford to Save for Retirement
« The Centennial Millennial: Retirement Planning for a Long Life
Can You Afford to Have a Baby? »