While I’m in Spain, I’ll be posting guest posts from my friend Marian, who knows more about traveling cheaply than most people I know.

I will start off by saying that the longer you stay in one place, the cheaper your trip will be. Not only will you get to see more, as you aren’t spending any time in transit from place to place, but it’s cheaper. My family took a trip out west when I was about fourteen and the main thing I remember was sitting in the car. We saw all sorts of National Parks and beautiful places, but we never spent more than a night or two in one place, resulting in my main memory is us on the go. That being said, chances are you’ll want to hit the road, so try and limit yourself.

One option is sharing a ride; websites like carpooling.co.uk or erideshare.com work to connect people and cars. This means you don’t have to rent a car(we’ll go into that later) and you have control over things like where you sit and the radio. The downside is you are in someone else’s car and if they need to pee every ten minutes, you have to wait for them. People like and dislike this concept for similar reasons to liking and disliking couchsurfing(I talk about that under Accommodation). I’ve only done this once, but the situation worked out well and it was nice to have someone new to get to know for the time we shared together. They also allowed me to travel with the perspective of a local, taking a route I never would have found on my own.

In most places, buses are cheaper than trains and planes. They also are able to offer a broader variety of stops as they aren’t limited by airports or train tracks. Ask the people where you’re staying on how early to book, which are the best companies, and prices so you don’t get gouged on the ticket. Depending where you are, there may not be counters, but instead people running around shouting their bus’s destination, it’s just how it’s done in some places. Before boarding the bus find out if there’s a bathroom on board (if there isn’t learn how to communicate you need them to pull over).  When they do pull over, either have a friend watch your carry on or take it with you. Leaving my bag on a bus while going to pee is how I got my wallet stolen, but luckily I followed my money tips (more below) so it really wasn’t all that bad. On the same note, bring your own toilet paper. Some buses serve meals, have wifi, and other comforts, and some do not, so take all you can in when deciding if it’s worth upgrading.

I avoid renting cars in general because it’s expensive, makes me nervous, and, depending on where you are, it can be nearly impossible to navigate yourself to where you want to go. All of the road signs were in Arabic in Morocco- there’s no way I could have gotten myself from point A to B. That being said, I have rented a car in England and twice in Australia. I knew the language there and was splitting the costs with other people. While there were no major problems (driving down a rural dirt road and getting the car stuck in the mud around nightfall was the worst experience, but it reinforced my belief in the kindness of strangers), it was nerve wracking to drive on cliff sides and on extremely narrow roads on the ‘wrong’ side of the car and street.

Road conditions vary widely and be prepared for different driving customs, like how there are no lanes in Paris, so if you need to get to get into position to make a turn you need to be aggressive, or how you are expected to know how to drive a manual (aka, stick) in Europe, so automatic rentals are harder to find and more expensive. And let’s not forget how hard it can be to find parking and paying for it. Some countries require car rental insurance and others don’t, but most will tack it onto your bill without asking, so check the rules. Many credit cards include car rental insurance these days, so bring the appropriate paperwork if you qualify. I don’t recommend renting a car overall, but sometimes it’s the only way to get to where and do what you want.

If you choose to fly while traveling abroad, remember that there are often mini budget airlines to get you from place to place and it can, like in Australia and South America, be significantly cheaper to buy the tickets once you are already on the appropriate continent. I don’t know how common the practice is, but in Australia there are so few commercial airports that the concept of layovers is an uncommon one.

A few years ago, I found I could save some money by taking a flight from Melbourne to Adelaide and then Adelaide to Alice Springs as opposed to going directly (I booked the flights separately). While on my two hour layover I was approached by security asking why I was spending so much time in the airport. It took some explaining and showing of tickets for them to accept my reasoning and leave me alone. 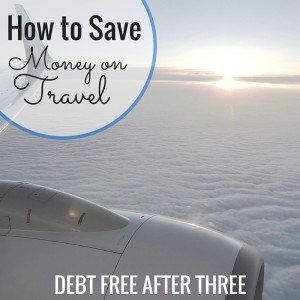