When I decided to start paying off my student loans early, I knew I had to make some changes to my lifestyle. See, I wasn’t always a responsible personal finance expert. In fact, I used to have a spending problem. I was one of those people who had a dozen bras and still wanted the latest one from Victoria’s Secret. The word “sale” was enough to set my heart racing. I loved shopping at the mall. When I moved out of my college apartment, my friends couldn’t help but remark how much stuff I had.

So going from spendthrift to cheapskate was quite a transition, but somehow I made it work – and even managed to have fun along the way. Here are my best tips for saving on the fun stuff: 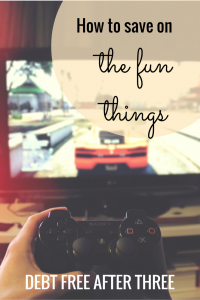 I love magazines. I used to save every issue and keep them stacked around my bedroom. But magazines are expensive, whether you buy them individually or annually. I used to get Glamour, Elle, and Vanity Fair, which cost about $40 a year. That’s not a lot, but I found a way to get them for free.

I discovered Recyclebank, a site that lets you take quizzes about sustainability and recycling. In exchange for taking those quizzes, you earn points which you can redeem for rewards including magazines! When I say that I haven’t paid for a magazine in years, I mean it. They carry titles like Real Simple, Cosmopolitan, and Entertainment Weekly. I’ve been getting my magazines from there since I graduated college and I’ve never had an issue.

If you buy magazines at the grocery store while you’re waiting in line, getting a free subscription could save you hundreds each year.

How to Find Free and Cheap Movies

One of my FAVORITE hacks that I found when I was paying off my student loans was free movie screenings. Most major cities have free movie screenings where you can go and see movies that aren’t even released in theaters yet. I’ve seen “Wonder Woman,” “Django Unchained,” and “Sisters” all for free.

So where do you find these free screenings? You have to register at a few different sites, including:

Here’s how they work: You’ll get an email saying there’s a free screening in your area. It’ll usually be held that day or in a couple days. Then, you have to sign up to get free tickets. You can usually only sign up to get one or two free tickets which is perfect if you have a movie-loving friend or significant other you want to invite.

Now, these companies give out more tickets than they have seats in the theater. This means your ticket is not a guarantee you’ll get in. I’ve found I usually have to arrive between 30-45 minutes early to snag a seat, especially if it’s an Oscar-worthy movie. Again, it’s helpful to bring a friend or a book with you.

If you feel like it’s a huge hassle to go through just for a movie, consider this: a real movie ticket costs between $10-$15 or more if you get snacks, soda or alcoholic beverages. This is just one more way to save a decent chunk of change with almost no extra work. Remember, I started paying $10 extra on my student loans every month, which trimmed one year off my total repayment schedule! So yes, $10 matters – and it adds up quickly.

I don’t go to the movies much now (mostly because it requires putting on real clothes), but when I do, I’m constantly surprised at the prices. I feel like Heath Ledger in “10 Things I Hate About You” when he tells Joey Donner that movie tickets and Raisinettes cost $50. It’s why I smuggle in my own candy in my purse.

Thankfully, there are a few ways to save money on movies. First, wait til they’ve already come out! Seriously, for the cost of one regular priced movie ticket, you could rent three new releases.

Second, go during the matinees. I know it’ll be mostly full of old people going on adorable old people dates, but you can save a few bucks by going earlier.

Third…just buy a movie instead of going to the theater. My husband and I love to buy used movies. When we used to live in Indianapolis, we frequented Midwest chain The Exchange, where you could get movies for as low as $1. They were also good quality and they had a huge selection. I miss that place…so…much.

Now, I still buy used movies. I just get them from eBay, where you can easily dispute any items that don’t play well. I know some people are creeped out buying used stuff online, but you can save so much money. It’s worth it. Plus, getting stuff in the mail is like Christmas.

There are few things I love more than going to a bookstore. But instead of visiting the glossy, perfectly-packaged local Barnes & Noble, I prefer hitting up crusty, used bookstores where the shelves are teeming with old classics.

Used bookstores are often cheaper unless you’re looking for a first edition or signed copy. Plus, I love supporting local businesses any time I shop. I also love chains such as Half-Priced Books and even thrift stores like Goodwill, which mostly carry popular novels. For example, I got this copy of Gillian Flynn’s “Sharp Objects” for only $1 at my local Arc thrift store. 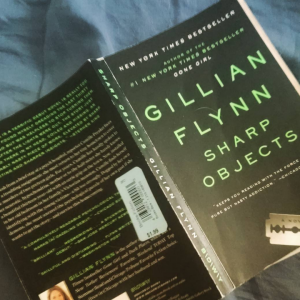 My next suggestion for cheap books is your local library. I love the libary; I go there every few weeks to check out books (right now I’m waiting for Glennon Doyle Melton’s “Love Warrior”). But the library often has book sales where you can find old copies for super cheap. I love to go stock up on my favorites.

When those fail, I buy used, on eBay, half.com or Amazon’s used program.

I used to buy books more often than I do. I’d buy new books, old books, books I never read. I spent so much money on books that sat on my shelves for years, until I gave them away. Now, I don’t buy a book unless I’ve already read it and want to reread it. Part of this is to reduce clutter and part of it is to save money.

When I was six, my parents bought a Sonic the Hedgehog video game. They came home to set it up. I remember the TV was black-and-white and fuzzy, but I could still see Sonic. Unfortunately, they told me it wouldn’t work with our TV and returned the game.

Years later I found out that the game was viable, but they were worried I’d become addicted if I played too many video games.

Nowadays, I’ve made up for lost time and play video games a few times a week. Like movies or books, the cost of video games adds up fast. A new game costs $60 – or the cost of four movie tickets.

My husband and I buy games used, when you can get them for a quarter of the price. For example, I recently beat Batman: Arkham City after  two months of game play. That game cost $13 used and was more memroable than most of the movies I’ll see in theaters this year.

As someone who’s new to gaming, I don’t care that I don’t have the latest game or the newest console. I’m just happy to be playing.

Remember, I’ve written a detailed guide on how to find great makeup on a budget.

Money Lessons from the Movies

How I save money on clothes and hobbies

If You Aren’t Saving in Your 20s, You’re Doing It Wrong
« How I Paid Off My Student Loans: My Five Best Strategies
Why Your Money Excuse is Bullshit »