After my grandfather passed away in January, I inherited his sewing machine. I’d always wanted to learn how to sew, and now I had no excuse not to. I’d learned to hand sew as a child, but using a sewing machine had always intimidated me.

I signed up at my local sewing store for six weeks of Sewing 101. The class cost $150, which felt like an incredible luxury at the time. I learned how to thread a bobbin, replace a broken needle and sew straight seams.

I learned how to make zipper pouches and made custom ones for all seven of my bridesmaids, as well as my mom and my mother-in-law. I even made one for my niece as a Christmas present. I’m told she carries it with her everywhere.

Even though I’m incredibly impatient when I learn something, I loved figuring out how to make things by hand. So often what we do feels transitory and forgettable. Even writing a 500-word article online doesn’t feel as powerful as journaling in my notebook.

There’s great power in making something. All of us can go out and buy something. The only limit is how much money we have. But when you create something. no one else can make it the same way.

A few weeks ago I decided I wanted to be Korra from “The Legend of Korra” for Halloween (also my birthday!). While moving to Denver I found a sewing store in my neighborhood. I decided to take the plunge and make my costume from scratch.

Let’s be clear. I’ve never made clothes before. I’ve never used a sewing pattern or a serger. Even though my friends loved their unique zipper pouches, I’m sure a few of those have holes by now (which I have offered to repair).

But I trudged ahead to the store. I showed the salesladies a picture of Korra and they helped me pick out the fabric I needed. They told me that for $10, you can use their sewing machines and other supplies for three hours on Tuesday. They told me to come every Tuesday until Halloween.

I Googled to see how much a Korra costume would cost. Various websites have it listed from $65 to $100. I’ve spent $50 on materials, not counting how many hours I’ll end up spending. One of the women at the store said that making your clothes is never cost effective. The materials might cost $40 and then you have to spend a few hours putting it together. 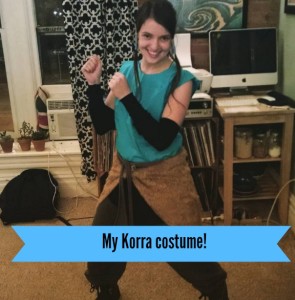 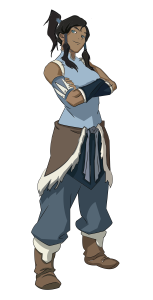 When I showed my husband that I was going to make the costume, he suggested that I could buy some clothes at Goodwill and alter them instead of creating an outfit from scratch. “But this way, I can learn how to make clothes!” I told him.

I’m all about being frugal, but sometimes the dollar signs can lie. Yes, I could’ve bought the costume for the same price as making it (or even less). But spending $50 on fabric has given me hours of learning a skill I’ve always been curious about.

Even though some people equate frugality with spending as little money as possible, I don’t see it that way. Saving money is great, but only if you do it so you can spend on something you love. I rarely go out or go shopping, but spending $50 on fabric for a homemade costume is worth it.

The ONLY New Year’s Resolution I’m Making This Year

One year later and a look back

How I tried to sell my clothes